Investigation of the Grid convergence

When doing numerical hydrodynamic simulations, you certainly encounter insufficient accuracy of the obtained results. There can be many causes for this; one of the most typical causes is insufficient resolution by the computational grid. 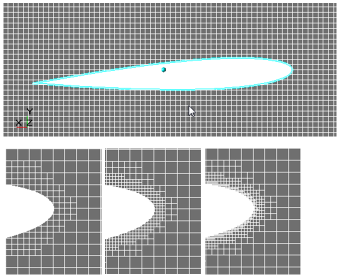 The process of looking for the minimal computational grid, which provides a good numerical simulation of the task (or class of tasks), is known as research of the grid convergence.

This article considers the following aspects:

What is the grid convergence? Why it is such important? 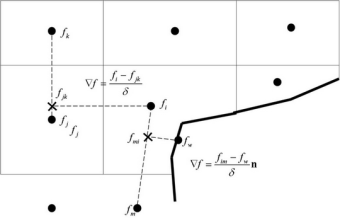 Figure 1. Approximation of a variable’s gradient on facets of a boundary cell.

When physical processes are simulated, it is always necessary to understand which feature of the process is essential, critical for the problem, understand which feature has the most influence on the result. Just this feature (detail of the design, vortex, heat source, velocity profile near a wall) must be primarily resolved by the computational grid.

For example, when simulating of external flow around an airplane, it is quite acceptable to neglect geometry of rivets. Resolution of each rivet by the computational grid is inappropriately because disturbance of flow caused by a rivet is negligible comparing to those pressure gradients, which are generated, for example, by a flap.

Look at the first illustration of Figure 2 the extreme case: only one cell, which fills the whole diameter of the channel, does not allow the program to form any vortices. When the grid is coarse, you will see the vortex after the backward-facing step, but it will be substantially shorter than the vortex, which you will see when using a high resolution grid. This is because the vortex has not been well resolved by height and it is quickly pressed by the main flow until it evolves into an elongated shadow zone after the step. 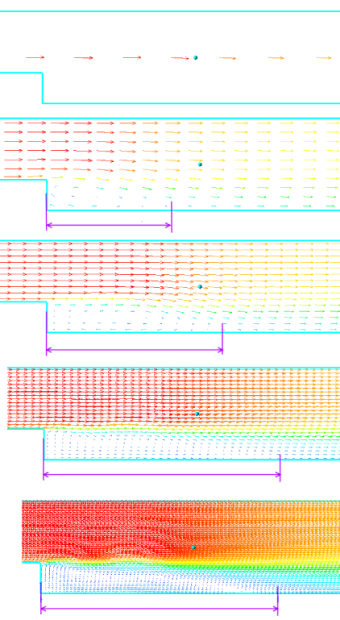 Figure 2. Patterns of flow after a backward-facing step were formed at various resolutions of the computational grid. From up to down the resolution changes from 1 to 240 cells along the vertical.

But even when you well understand, which a feature of the simulated physical process needs good spatial resolution, you cannot say definitely, what resolution is sufficient. So a numerical simulation requires a research of the grid convergence.

Approaches to the grid convergence research

In general, the grid convergence research is the research of dependency of the solution on the spatial resolution, which is done by the computational grid.

Steps of the grid convergence research:

External flow around a 3D airplane’s wing with the Mach number M=0.6 is simulated.

Step 1. Selection of the mathematical model 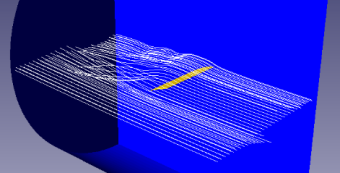 Figure 3. The flow pattern around a wing of finite length in a 3D setting.

When the Mach numbers are large, it is necessary to take into account the compressibility of the gas and its heating. So, it is necessary to calculate not only the Navier-Stokes equations but also equations for energy. Also, the value of the Re number is several orders of magnitude greater than 1500, so it is necessary to use a turbulence model. Because the setting is 3-dimensional, the resolution of the near-wall layer might be inappropriate in an aspect of consuming the computational resources. So we will use wall functions instead of direct resolution of the near-wall layer.

Step 2. Selection of the character parameters

In this simulation the key parameters are the drag coefficient, the lift force coefficient, and the torque coefficient. And it is necessary to examine all the three parameters, because grid convergence of each of them might be obtained at different resolutions of the computational grid.

Step 3. Simplification of the computational task

Length of this wing is finite, but its profile is uniform (the same in all sections). But, anyway, even if the profile isn’t uniform, transition to a 2D setting is reasonable because of economy of resources at the stage of grid convergence researches.

Step 4. Selection of the initial grid

In simulations of external flow, the most interesting are areas of separation (flow breakdown) and areas of shock (if any), the correct resolution of pressure gradients and correct finding the near wall velocity, which substantially define the drag force. Thus, in many aspects, you have to rely on Y+. The wall function can be used when Y+ is greater than 3. This is the lower bound estimate; you can use it as an initial approach. Or you can use as an approach the maximal value of Y+, which is 10000. Or you can select the initial size of cells as a tenth (10%) of the profile’s height.

To evaluate the value of Y+ (at least approximately), you can carry out a computation on a grid with 10 cells per the profile’s height and examine the average value of Y+. When such grid is refined twice, Y+ will reduce about twice.

As it was said, the most significant goal of the grid generation in this simulation is good resolution of gradients near the surface of the profile. So we chose the method of refining the surface using a surface adaptation. Several computations have been carried out with successive increasing the level of adaptation. 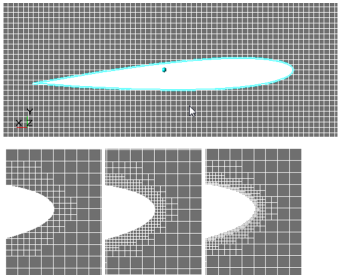 Figure 4. Evolution of the computational grid during the grid convergence research.

Step 6. Analysis of the obtained results

According to the results of the research, the following plot has been obtained: 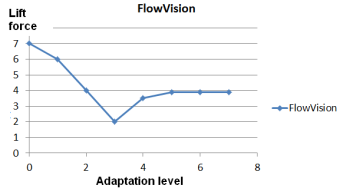 Figure 5. Dependency of the lift force on the adaptation level by surface

As you see, refining the grid after the 5th adaptation level has a little influence on the lift force, so you can stop on cell size of the 5th level. But when you look at the similar plot for the drag force, you will see that the convergence by this force is reached on smaller grids: 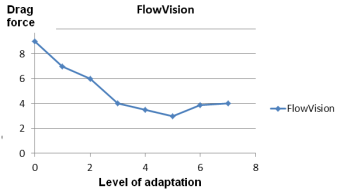 Figure 6. Dependency of the grid force on the adaptation level by surface.

So you have to select the cell size (near the surface) that corresponds to the 6th adaptation level. 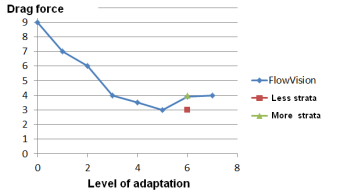 Figure 7. Investigation of the influence the number of adaptation layers on the drag force (at the 6th adaptation level).

As you see, reducing the number of layers affects negatively on the results, while increasing of this number changes the results insufficiently. So it does not seem possible to reduce the number of cells - the grid convergence research gave the optimal computational grid at once.

Step 8. Modifying the grid with taking into account the full problem’s setting

At transition to the 3D setting the following specifics have been taken into account:

Aspects of the computational grid requiring your attention

What happens if you do not carry out the grid convergence researches or do not finish them?

Let’s see an example when a user does not carry out the grid convergence research but relies on the experimental results only.

Suppose that an engineer, who simulates an external flow around a wing profile with an attack angle of 3 degrees, tries to refine the computational grid until the lift force be equal to the experimental results, see Figure 8. 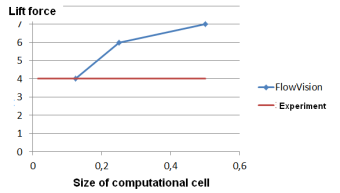 Figure 8. Dependency of the lift force on the size of cells. The research has been carried out only up to a point of intersection with the line of experimental values.

The ideal match to the experiment was reached for cell size as of 0.125. Then the engineer decided that the grid convergence has been reached and it became possible to start the simulation of the flow at various attack angles. The obtained results are presented on the illustration below: 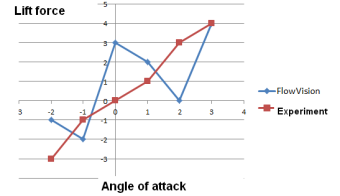 Figure 9. Dependency of the lift force on the attack angle in a simulation with unreached grid convergence.

As you see, that at the attack angle of 3 degrees we also have a wonderful coincidence with the experiment, but at all other points the result might be even not complying with the physics of the process.

This situation is also possible in cases when the grid convergence has been was stopped because of the lack of computational resources or time but not based on the nature of the applied numerical methods.

And what would be, if the engineer did not stop the research of the grid convergence and made sure that the convergence had been really reached? 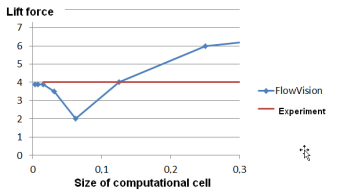 Figure 10. Dependency of the lift force on the size of cells. The research was continued until it was completely and correctly finished.

The same results built for adaptation level over the profile’s surface but not the cell size: 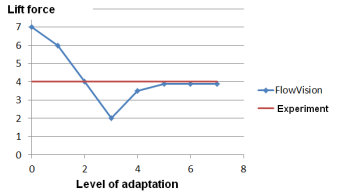 Figure 11. Dependency of the lift force on the adaptation level. The research was continued until it was completely and correctly finished.

But why the solution with the cell size of 0.125m gave such a good correspondence to the experiment? The answer is very simple: this is an accidental coincidence. There are too many chances that two curves intersect somewhere.

Now the engineer is sure that the grid convergence at the attack angle of 3 degrees has been reached. But results of simulation in the whole range of attack angles are disappointing: 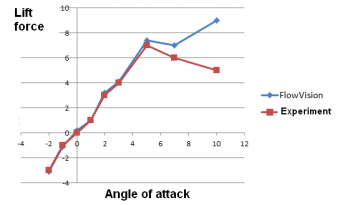 Generally the matching to the experiment is excellent, but when the attack angles are high, FlowVision’s results do not match even the engineer’s knowledge, not the experiment only.

This is because of substantial change of physics of the process at high. The grid convergence research has been done for a small attack angle, for an unseparated flow. When the attack angle is high, a flow separation occurs, and vortices with high pressure gradients appear that cannot be resolved by the grid, which ideally suit to an unseparated flow.

So it is necessary to take into account specifics of various operation modes of the simulated arrangement and, when required, carry out separate researches of the grid convergence. Of course, you might select only several character ranges and do not carry out the researches for each operation mode.

What should you do if you cannot reach the grid convergence because of lack of the computational resources, but you really need the results?

When you simulate complex arrangements, in which it is necessary to take into account the processes that substantially differ in geometrical scale, the grid convergence is reached on tens or even hundreds of millions computational cells. You organization might just have no sufficient computational resources. What can you do, if the convergence has not been reached while you spent all available random access memory?

Recall the history of the computational fluid dynamics, when computers’ random access memory was measured by kilobytes, not terabytes. How solutions of some very complicated problems have been found?

Be careful, your attempts to receive a solution without carrying out a grid convergence research can cause loss of your time or even more negative implications. Also do not forget that the computational fluid dynamics has some more abstractions, which should be checked for their influence on the solution: