In the last quarter of 2018; Institute for Cardiovascular Computer-assisted Medicine, Charité - Universitätsmedizin Berlin and Capvidia NV started collaborative research and development activities in the field of Computational Cardiovascular Medicine under a signed cooperation agreement. The main roles and expertise of parties are identified as “Clinical validation studies for modeling approaches as well as image-based patient-specific 3D modeling of the human heart and cardiovascular circulation” for Charité and “Software development and modeling of fluid-structure interaction (FSI)” for Capvidia.

The main intention of the research efforts is to develop new and enhance existing mathematical and numerical approaches that provide realistic physiologic modeling of regulatory mechanisms in and between different units of the cardiovascular system such as atria and ventricles including heart valves. As for the expected outcomes; it is vital to reach not only a better understanding of disease mechanisms but also to reach a reliable prediction of the patient-specific responses to considered treatments.

In this respect; the primary objective of the collaborative research program is the testing, comparison, and validation of simplified models with comprehensive coupled Multiphysics FSI (Fluid Structure Interaction) approaches. While the existing simplified model is developed to quickly assess clinically relevant patient-specific hemodynamic parameters in clinical routine; this valuable work is expected to enlighten how far the more complex numerical modeling has the potential to increase fidelity by validating and, if necessary, enhancing the simplified fast performing models. 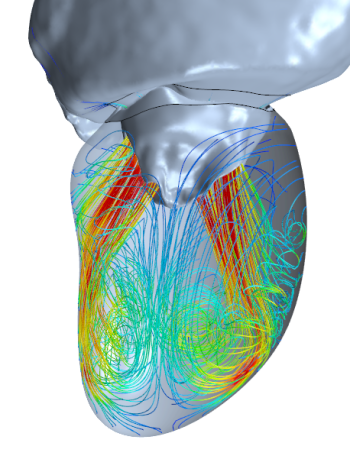 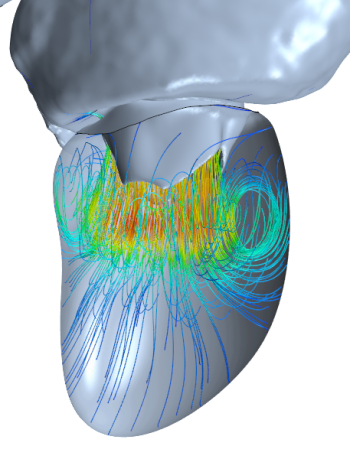 The tasks included in the research program, in brief, cover the development of the main methodological pipeline, generation of patient-specific digital geometric data conforming to simulation requirements, preparation of coupled fluid and structure simulation models, and finally the realization of simulation runs and comparison with 4D flow MRI data and referenced wall model simulations.

About Charité - Universitätsmedizin Berlin: Charité is one of the largest university hospitals in Europe. Charité proudly lays claim to more than half of all German Nobel Prize winners in Physiology or Medicine, including Emil von Behring, Robert Koch, and Paul Ehrlich.  Charité – Universitätsmedizin Berlin represents a single medical faculty, which serves both Humboldt Universtität zu Berlin and Freie Universität Berlin.  Charité extends over four campuses and has close to 100 different Departments and Institutes.  Having marked its 300-year anniversary in 2010, Charité is now one of the largest employers in Berlin, employing 13,760 staff (or 17,500 if including its subsidiaries), and with a total annual turnover of €1.6 billion. Institute for Cardiovascular Computer-assisted Medicine established in 2017 is a research institute with a direct clinical relevance aiming developing digital medicine in areas of medical imaging science, data science, simulations & modeling in cardiovascular medicine.

About Capvidia NV: Capvidia, being established in 1994, is a leading engineering software developer for CFD, MBD/MBE, CAD data translation/validation and reverse engineering. In CFD market, Capvidia has pioneered new technology to deliver complex and challenging FSI (Fluid-Structure-Interaction) simulations. This has been accomplished using co-simulation with Dassault Systèmes SIMULIA Abaqus and Capvidia FlowVision.